The genius of Floyd Mayweather: The billionaire draw even in retirement – bigger than Mike Tyson, Conor McGregor and everyone else in combat sports

Tokyo Olympics countdown: The Usain Bolt photo that shook the world – and how it almost didn’t happen

England have suffered a major blow ahead of their summer schedule as Ben Stokes’ finger injury looks set to rule him out of the New Zealand and Sri Lanka series.

The England and Wales Cricket Board has confirmed Stokes will undergo surgery on a fractured left index finger suffered during an IPL match for Rajasthan Royals on Monday.

He has already been ruled out for the IPL season and the 29-year-old is now expected to be sidelined for up to 12 weeks, with England playing two Tests against New Zealand and a limited-overs series against Sri Lanka in that time.

“England all-rounder Ben Stokes will be out for up to 12 weeks after a repeat X-ray and CT scan on Thursday revealed that he has a fracture of his left index finger,” an ECB statement read.

It added: “Stokes, who is currently in India with Rajasthan Royals in the Indian Premier League, will fly home tomorrow. He will have surgery in Leeds on Monday.”

Stokes took a superb diving catch in the deep to dismiss West Indies legend Chris Gayle during the Royals’ defeat to Punjab Kings, but grimaced as he rose to his feet.

The England talisman played on through the pain and even went in to bat, registering a three-ball duck.

England fixtures in next 12 weeks 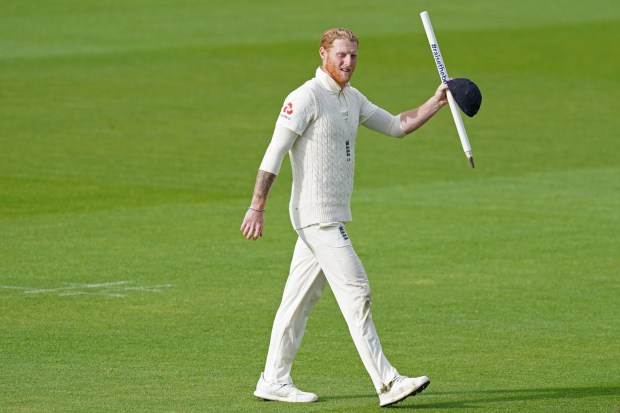 His form in 2021 has been questionable, although he recently produced a sensational knock of 99 in the second ODI against India.

The 29-year-old is one of the biggest draws in India’s flagship T20 competition and the injury represents a huge loss for the Royals, as well as England.

England will hope to have their star man back for the limited-overs series against Pakistan, which begins on July 8 in Cardiff.