Sport24.co.za | Dutch FA plans for league to resume on 19 June

Sport24.co.za | Immelman on Els: He’s still a huge part of the team

Watch when boxer performed MC Hammer ‘Can’t Touch This’ dance ring walk, then got knocked out in first round

Wheels24.co.za | F1 | Here’s why you’ll also loathe this guy for living out your dream! 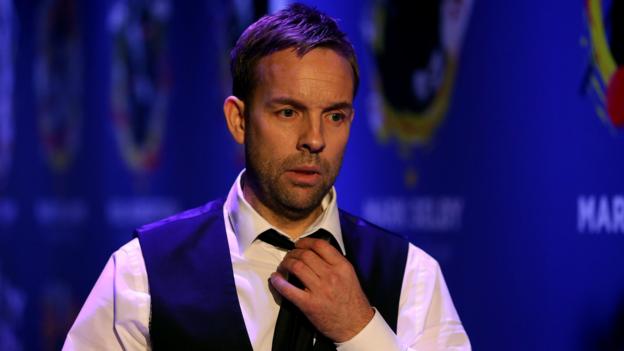 Ali Carter made the most of his fortunate entrance into the Masters by beating Shaun Murphy 6-3 to reach Sunday’s final at Alexandra Palace.

Englishman Carter only secured his spot in the invitational tournament after seven-time winner Ronnie O’Sullivan decided not to take part.

Further breaks of 70 and 97 put Carter through to his third Triple Crown event final.

“When you get into the competition like I did you think you’re on a free roll but when you get here it hits you in the face,” Carter told BBC Sport.

“I now think it’s mine to lose rather than just being happy to be here, that’s my competitive edge.

“It’s been a tough few years but I’m still here and still fighting.

“I’ve been to hell and back and it’s special to be in the final but the job is not done yet.”

The prestigious Masters sees the top 16 players competing but world number three O’Sullivan said his place should go to someone who will “give 100%”.

Ironically, that man turned out to be world number 17 Carter, who O’Sullivan defeated in the 2008 and 2012 World Championship finals, and someone he who does not see eye-to-eye with.

The pair clashed at the 2018 World Championship when O’Sullivan barged into his opponent during a second-round match, but Carter has benefitted from his withdrawal by collecting at least £100,000 in prize money and having the chance to become the first player outside the top 16 to win the tournament.

Asked how sweet it would be to win the title having replaced O’Sullivan, Carter replied: “It would be pretty sweet. I have lost twice in the final at Sheffield to Ronnie so maybe the writing is on the wall.

“I have done a couple of interviews in the Eurosport studio (where O’Sullivan is working as a pundit) and I said, ‘Thanks Ron’, to him.”

Should he go all the way, Carter would write another chapter in a remarkable story in which he recovered from testicular cancer in 2013, lung cancer two years later and also being diagnosed with Crohn’s disease.

Carter, nicknamed The Captain for his interest in flying and holding a pilot’s licence, took a 32-minute opening frame and made a fluent 91 on his way to a 3-1 lead at the mid-session interval.

Although Murphy made two centuries, Carter punished him for breaking down on 56 by counter-attacking with a 70 clearance to go 4-2 in front.

Carter missed a crucial brown off the spot to allow Murphy to snatch the next, but he responded by going one from victory, helped by an outrageous fluked red, sealing victory with a coolly composed 97 break.

“The way he finished that match off was quite special, it’s not easy out there,” said Murphy.

“It was very classily done and I wish him the best in the final.

“I didn’t feel I did a great deal wrong, twice he fluked frame ball from snooker positions.

“I’ve had it go for me and against me – it’s the nature of the game and I’ll rock on to the next tournament.”